Our Story Our Story

The story of Castalia Marsh Retreat is the story of James Bates. At just shy of 80, he still stands tall (over 6ft) when he walks with a determined stride, exhibiting the mobility and vitality of someone years his junior. He is almost constantly working, in the past with his own hands but now directing others in various projects around his 7 acres of land that he bought over 25 years ago. And you will always, ALWAYS find him doing it wearing his iconic hat and suspenders.

James is many things. He is an environmentalist, a believer in energy, a romantic, a volunteer, a community player, a bit of a hippie, a pragmatist and a business owner. He is a problem solver, a handy man, an artist, a creator, and a deep thinker (although he will dispute this). A braggart, however, he is not. Quiet, humble, gentle-spirited to his core but sometimes stubborn and resolved, he is the first to admit that he ‘blundered his way through life’, and yet the legacy he will leave behind cannot be denied. Thousands of guests over the past 2 and a half decades have fallen in love with his piece of paradise, and many return year after year, becoming friends. James’ circle of influence is wide and the impression he leaves on everyone he meets is one of kindness.

His story is one that could almost certainly never be replicated today; of building a 45-foot schooner by hand (which would become his home for the next 30 years), of sea travel from one coast of Canada to the other through the Panama Canal, of hippie scientists and drifting through the Caribbean, of shipwrecks and whale symposiums, of chancing upon a small island in the mouth of the Bay of Fundy, and of being driven by a desire to live a harmonious life with nature.

James was born in Vancouver on Halloween in 1942-even his birthday is interesting. He grew up on the west coast but was not from a sea-faring family; that came later when he met and fell in love with a Danish girl, whose father taught him about sailing and boating. In 1969 he embarked on a huge project–building a concrete-hulled schooner that he would name D’Sonoqua after a coastal First Nations goddess; her name can be translated as “Wild Woman of the Woods.” She was 12ft wide, had 4 sails and was powered by a 75hp diesel engine. After 14 months of building he launched her from Richmond, BC.

His first “job” as a sea captain could not have been more bizarre…while building D’Sonoqua he met a group of scientists who were looking for a captain to take them out for their research. The research? Studying the effects of playing rock music for orca whales. This adventure, which was supposed to be 5 days but turned into 10, included putting speakers underwater while a crew played music on deck and studying whether the whales would ‘sing along’. The main researcher, Dr. Paul Spong from the University of British Columbia, would later join up with James for another round of research a decade later. “It was quite the adventure” James chuckles to himself. 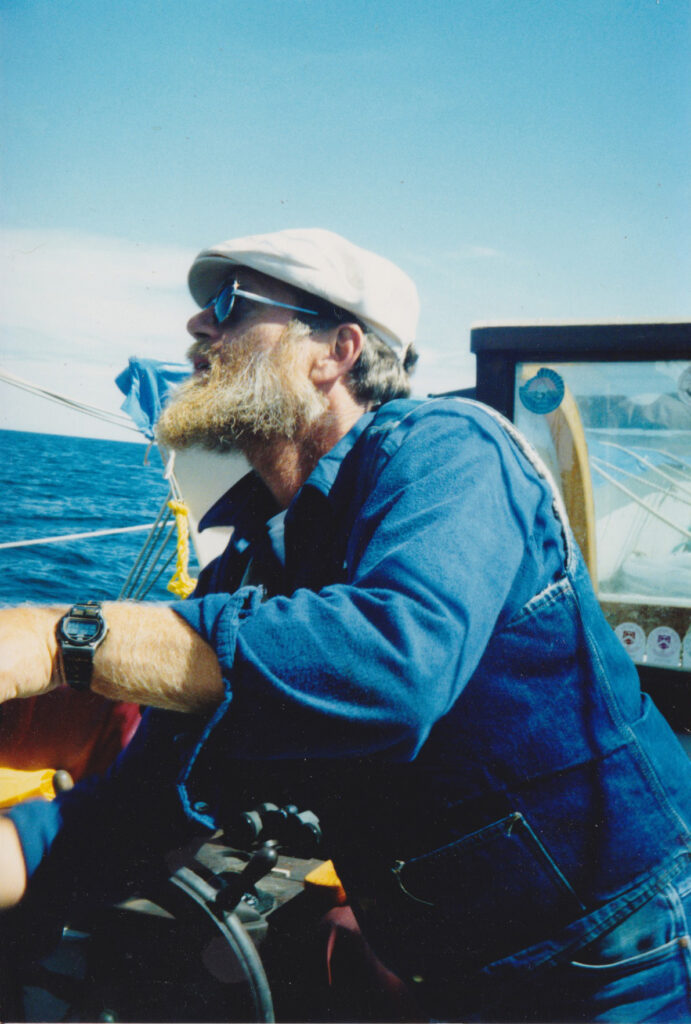 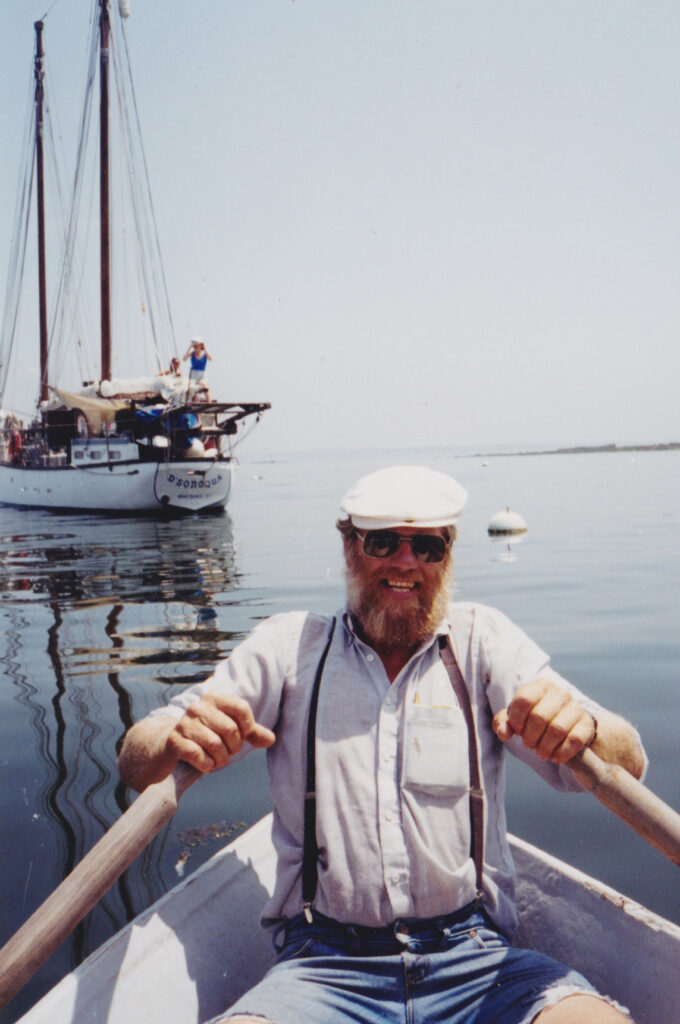 The next 10 years-the entirety of the 70s, basically-James would work as a charter between the many islands on BC’s west coast. Vegetables, people, supplies, he transported it all, taking on and dropping off crew as he went. Living sometimes hand to mouth, he lived on his boat and went where the winds took him.

In 1981 (approximately; James admits that his timeline has been a bit fuzzied over the years), he reconnected with Spong, who had raised funds for a pilot project doing more research on whales, this time in the Caribbean (based mainly in the Dominican Republic in Silva & Navidad). He wanted James to facilitate his research by chartering for him in the winters. James agreed, which meant making the incredible journey down the west coast of Canada, the US, Mexico and central America, through the Panama Canal and up into the Caribbean. James prepared with his good friend Gary Cornett and took his time getting around, making stops in Newport, California, Baja, Mexico and Costa Rica. Incredibly, it still only took him a couple of months to make the journey. He sailed first to Grand Cayman then to the Dominican Republic to reconnect with the researchers. Once on this side of the continent he would never return D’Sonoqua to Pacific waters. Why? To him, it’s quite practical. “It’s a whole lot easier traveling the East Coast to the Caribbean in the winter, than from Canada to Mexico on the West Coast,” he explains. From Atlantic Canada, the winds blow from the northeast in the fall and from southwest in the spring. “You can hop down the coast at a leisurely pace and never be far from a safe harbour.”

For the next couple of years, James and Spong did their work together in the winters while James would take on charter jobs in between, sailing around a new set of islands. He would start traveling a bit further north in the summers to Florida, Georgia, Virginia and the Carolinas, then head back south once the weather got cold.

In the fall of 1983 he traveled further north than he had ever gone before to attend the Whale Alive Symposium in Boston, MA. After being involved in studying whales for years, he wanted to learn more about the debate regarding whaling, and was incredibly impressed by the civility, respect and tempered discourse that was had by parties on both sides. While there he met a man named Peter Beamish from Newfoundland. He mentioned to James that he was in need of a larger boat for his whale watching tour business and wondered if he could hire James to charter for him the following summer. James considered the offer but as it was approaching winter, he headed back down south.

In the spring of 1984 James sailed north to Newfoundland and started chartering for Beamish out of Trinity Bay. While on one of these tours, he met an American photographer who told him all about a small island he had just visited and absolutely loved…it was called Grand Manan. James decided he would visit it one day.

The following summer he sailed to the tiny island single-handedly from Bar Harbour, ME after dropping off his crew. His arrival was a bit tumultuous, both in terms of the weather and in terms of being welcomed by the local fisherman. When he landed he also met Kenny Ingersoll, who introduced him to Jim Leslie (owner of the Marathon Inn), Professor David Gaskill (from the University of Guelph) and local fisherman Ivan Green. These men had recently formed the GM Whale & Seabird Research Station and were looking to hire a charter for their other business, Ocean Search Whale Watching Tours, as Ivan had decided to fish the following year instead. James once again considered the offer, left Grand Manan, sailed up and down the Saint John River on a whim, then headed south. 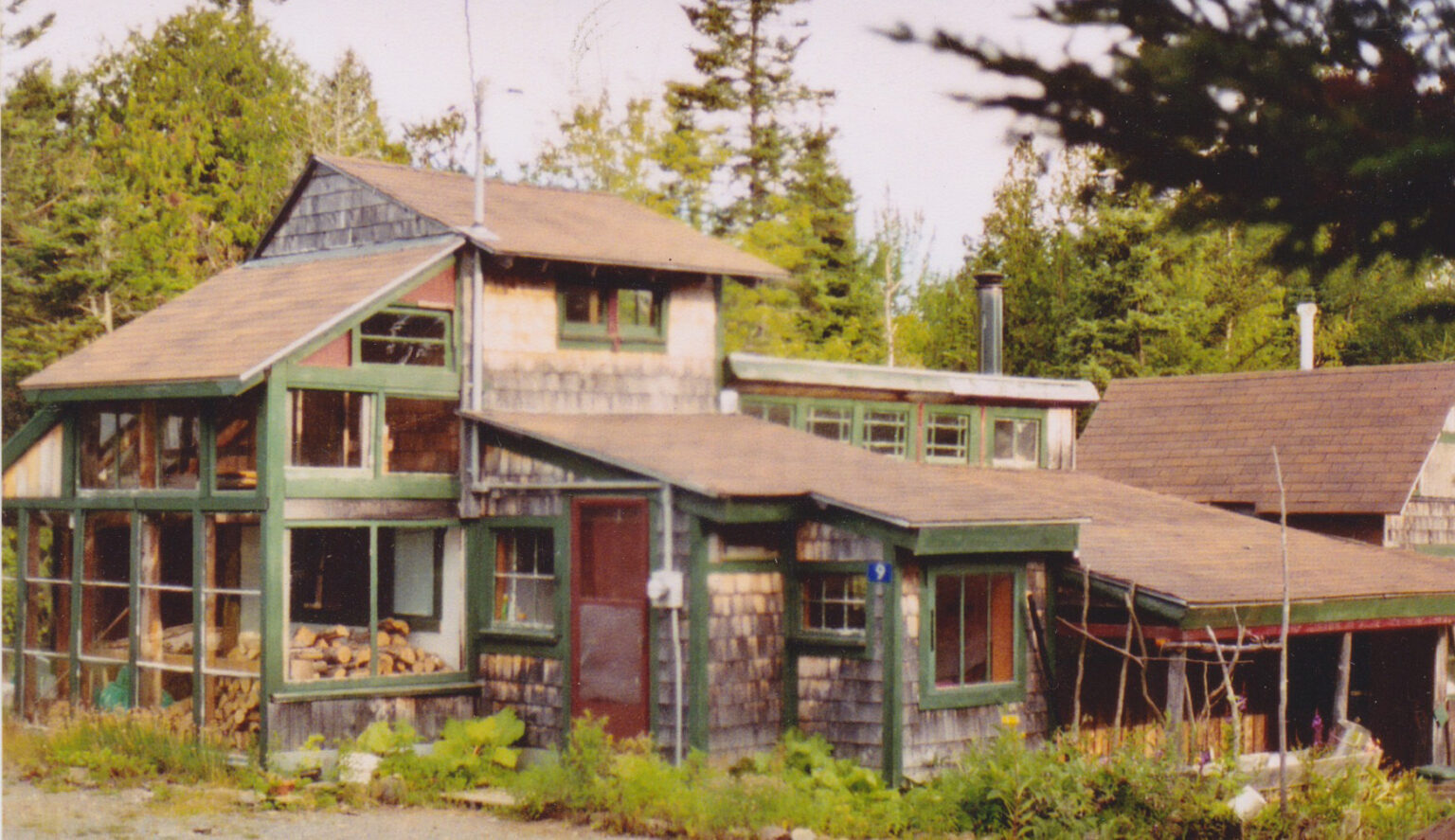 In spring 1986 James sailed once again to Grand Manan, but this time to stay. He began working as a charter for Ocean Search with a brilliant scientist and researcher named Laurie Muirson, who would become a lifelong friend and eventual business partner.

For the next 15 years James would continue sailing south in the winters, although he didn’t always make it to the Caribbean; eventually he would stop in Florida and later in Wilmington, North Carolina, where he became a member of the Sierra Club and volunteered taking inner city kids out on his boat to teach them about the environment and basic sailing skills. “We took kids from the housing developments to the coast,” Bates recalls. “Some had never the seen the damn ocean even though they lived six miles from it. We took kids hiking and canoeing and swimming pretty much every weekend. It was really rewarding,” he concludes.

For about 6 years James worked as a hired charter and guide, living on his boat and sailing south in the off season, but in 1994 a major event happened in the sea captain’s life; his father passed away and left him a small inheritance. At 52, James realized “how quickly a boat could gobble up money” and how quickly it could all disappear (he had had a few close calls in the past), so he bought 5 acres of land on a salt marsh from Dale Russell and built himself a small retirement cabin. It started as a deck with a few walls and a Korean war tent as a roof, but would later become “Captain’s Quarters”. James was still far from actual retirement at that point so he continued living on his boat and would rent out the primitive cabin instead. Visitors were surprised to find it had a complete kitchen, running water, electricity and a phone (this was before cell phones). The following year he ventured out on his own and started “Grand Manan Sea-Land Adventures Inc”, his own whale watching company, continuing to work with his good friend and marine biologist Laurie Muirson. 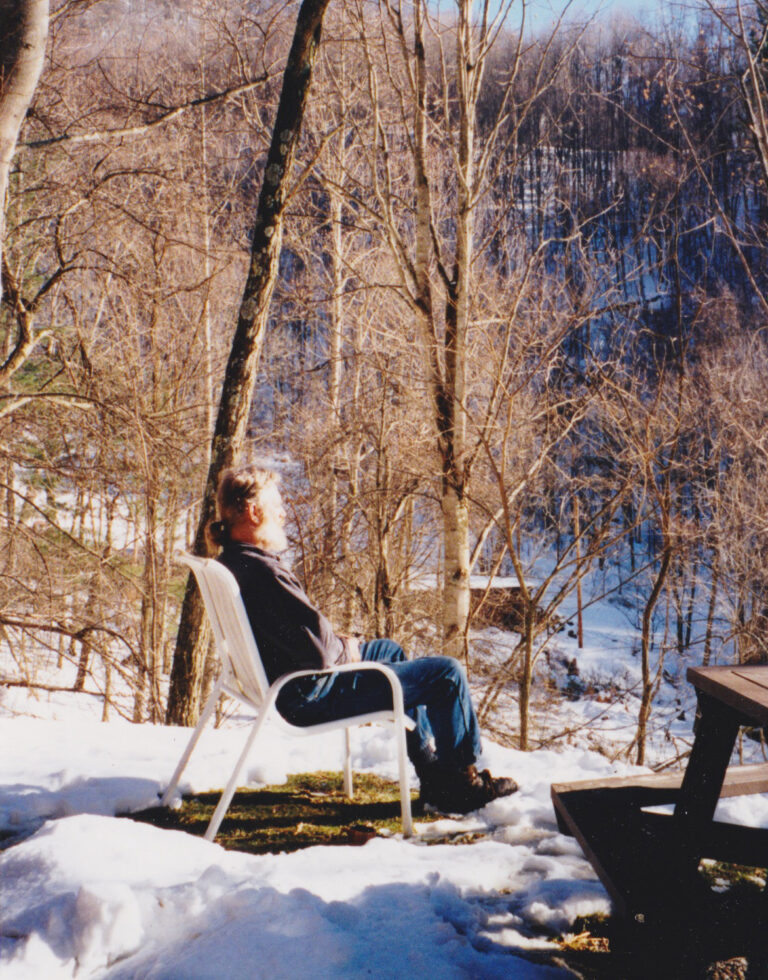 As time went on he added several buildings to his land; a re-purposed kayak storage shed eventually morphed into what is now called “The Barn”. He built the iconic “Birdhouse” with its now famous sleeping loft in ’96-97; around this time he also bought a 2-acre plot of land next door from his neighbor and added the tiny “Frog Hollow” cabin and what are now the office buildings to his holdings. In 1999 came his biggest cabin, “Larch Grove”; this 3-storey cabin would become his winter home a few years later when he stopped sailing south in the early 2000s (tragically this cabin was lost to a fire in 2018). Throughout the early aughts he added the yurt, a giant “Gathering Place” (a 28 foot round building designed for events), and a few more cabins plus a few trailers later on.  He dug fish ponds, cleared fields and walking trails, set up a chicken coop and planted an acre of organic gardens. A woodshop, a few outbuildings, tent sites and staff housing now complete his wonderfully chaotic but orderly retreat.

In 2004 the profitability of running the whale watch operation fell with the arrival of a bigger, faster boats with a superior marketer and lower prices. The whale watching part of the operation ended and all attention was turned to building cozy, low-impact cabins nestled in nature and bring the land to as healthy a balance of native flora and fauna as possible. A few years later he took D’Sonoqua out of the water and said goodbye to the place he called home for over 30 years.

He celebrated 25 years on the land back in 2019 and is still going strong, but has also started to seriously think about retirement. He is looking for a young, motivated couple who could take on all aspects of running and expanding on his dream, while sharing his values of maintaining a diversity of species and plants to support bird life, of recycling, composting and keeping as small a footprint as possible, and of allowing folks from all walks of life the chance to enjoy nature.

On land or at sea, the incredible life of Captain James Bates has been one full of adventure…and now the next one awaits.