A place unlike any other, made with love.

For the nature lover, bird watcher, photographer or anyone interested in a unique get-away from the hustle and bustle of urban life, this site will offer the peace and tranquility you have been looking for. Typically, our guests are environmentally aware, creative individuals who want to spend some quality time on Grand Manan enjoying hiking, kayaking, biking, whale watching and browsing through the museums and tiny shops. Castalia, population of around 450, is a quiet and serene island community. It is located five kilometers (three miles) from the ferry landing on the northern half of the island. The salt marsh has a picnic area and beach. It's an excellent location for viewing some of the 391 bird species inhabiting New Brunswick. Harbour and Grey seals swim off the beach at high tide or haul out onto the rocks at low tide. The Retreat site is five acres of forested land overlooking Swallowtail Lighthouse, the saltwater marsh, the fishing village of North Head and picturesque islands in the Bay of Fundy. It is a safe, warm, and dry environment where one can relax and be surrounded by nature. There is a network of nature trails connecting four small fish and frog ponds and the various cabins and tent platforms. We try to create a supportive environment where people who want to share what they have learned can be actively involved in increasing their knowledge of personal, spiritual, and environmental health or just relax and enjoy the natural beauty. We have a facility ideally suited for hosting workshops or facilitating gatherings focused on personal, spiritual, and environmental health. 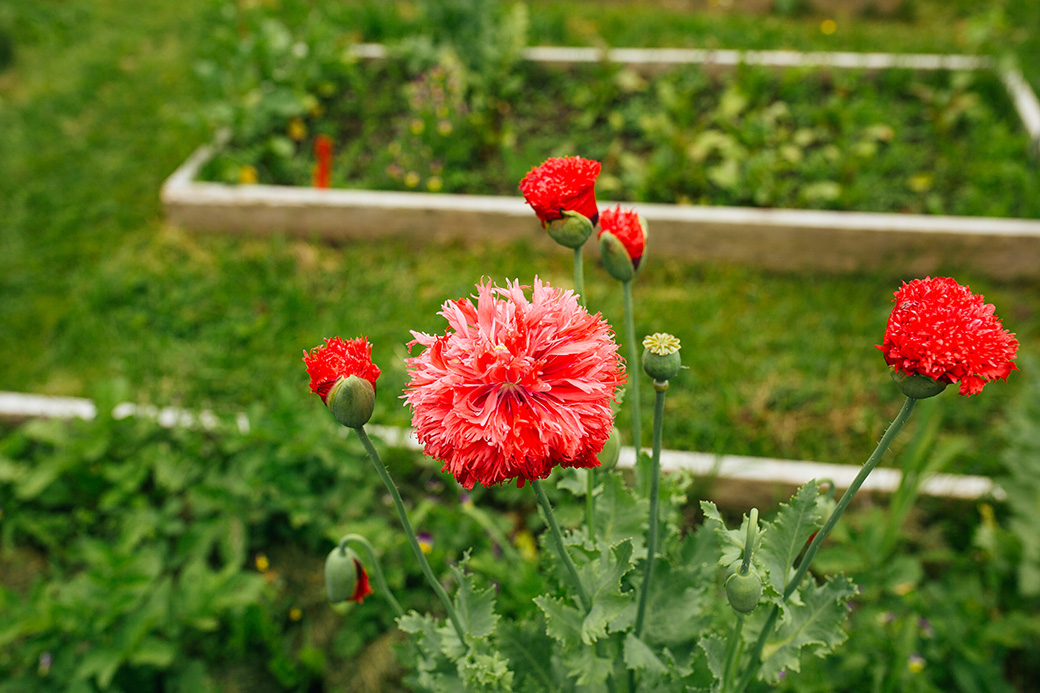 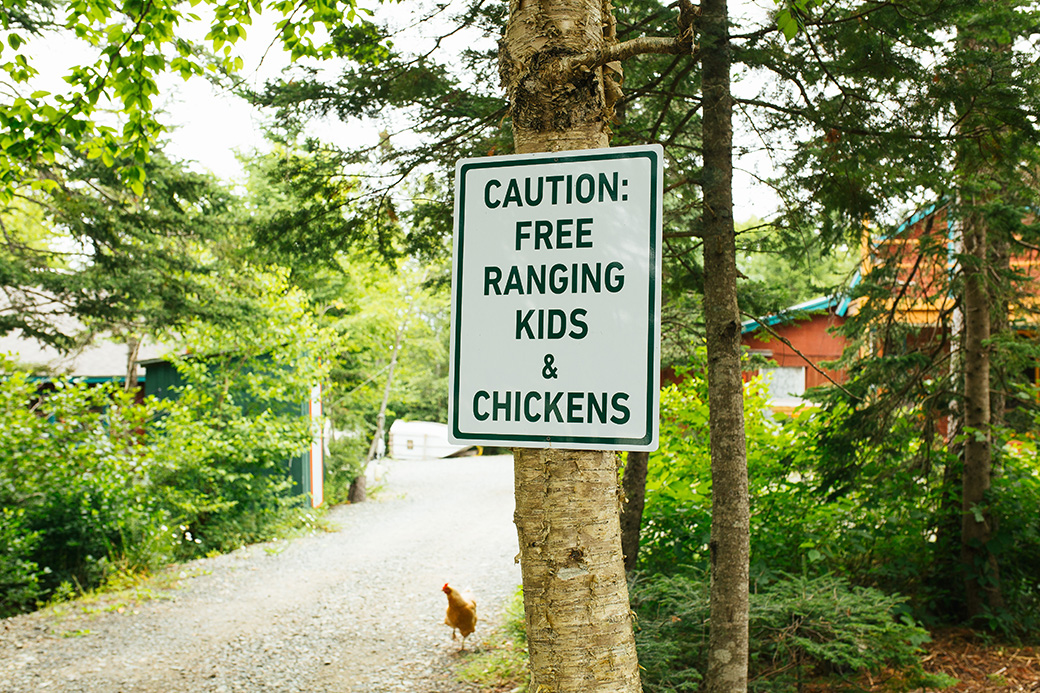 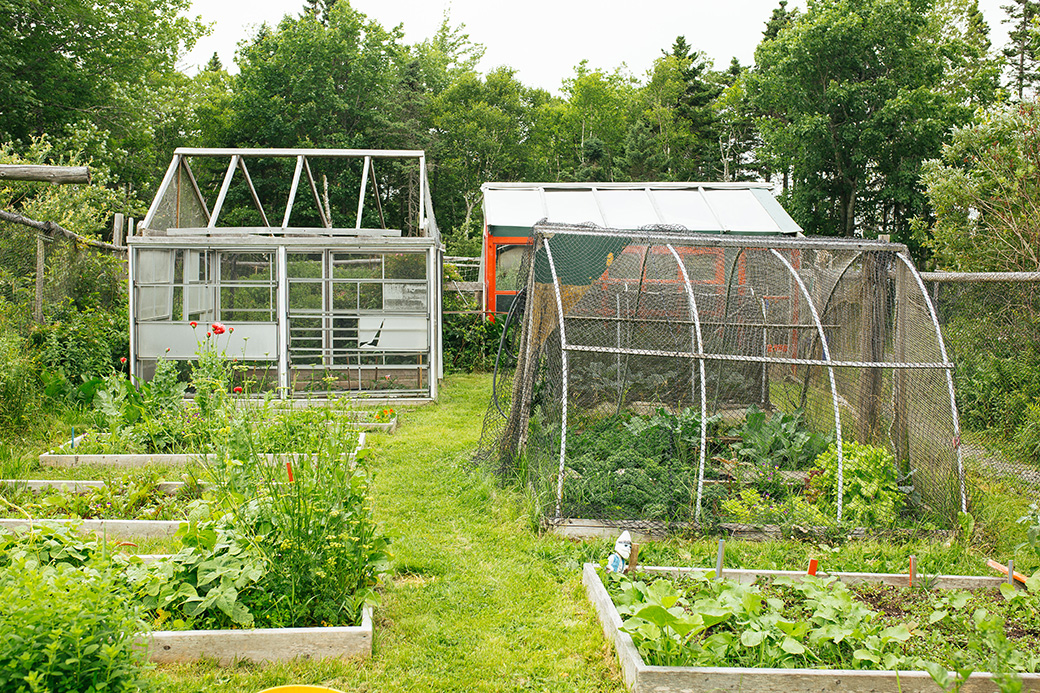 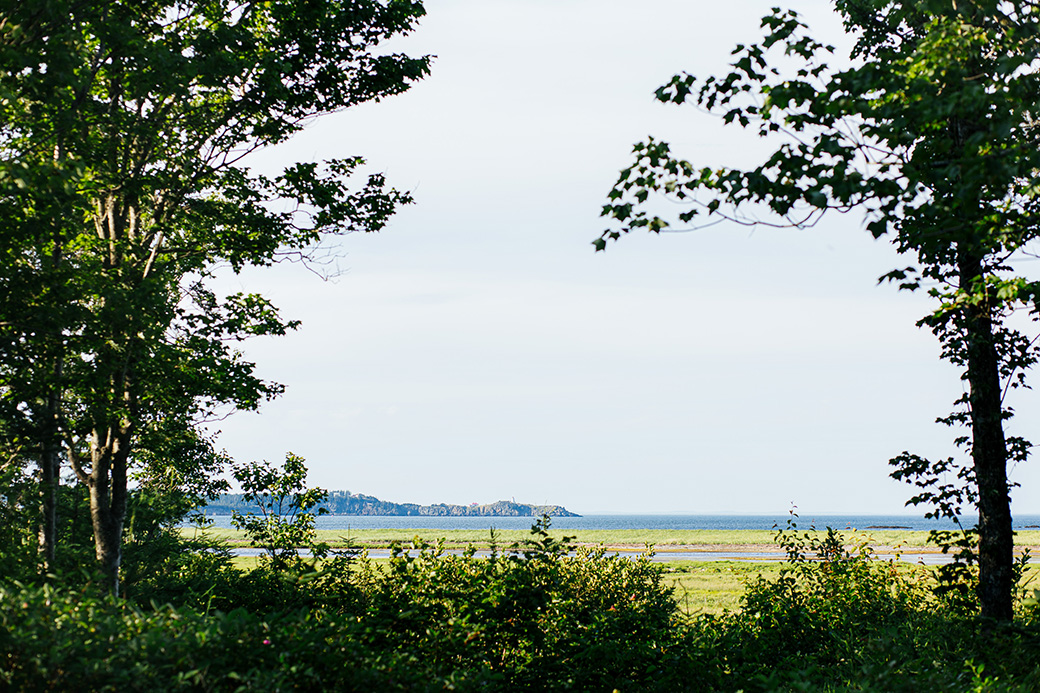 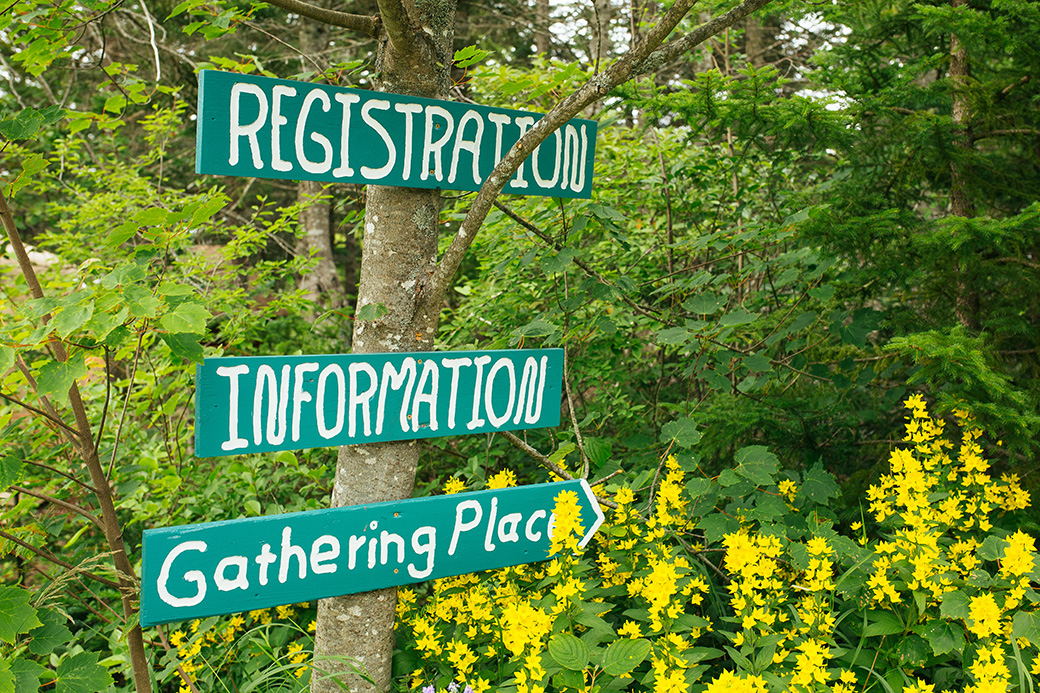 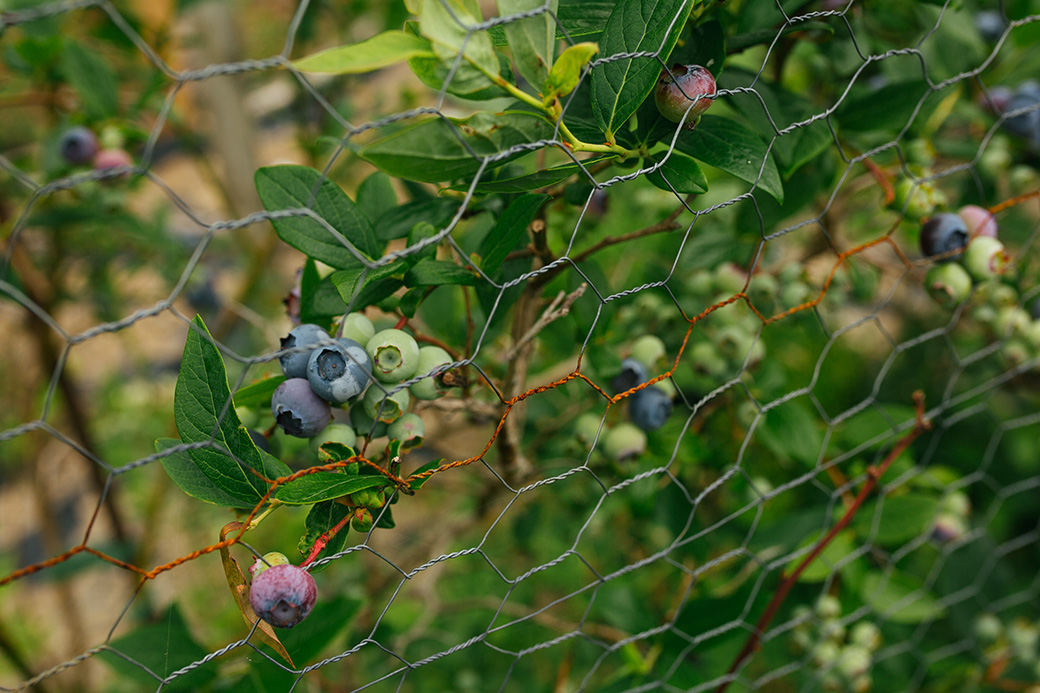 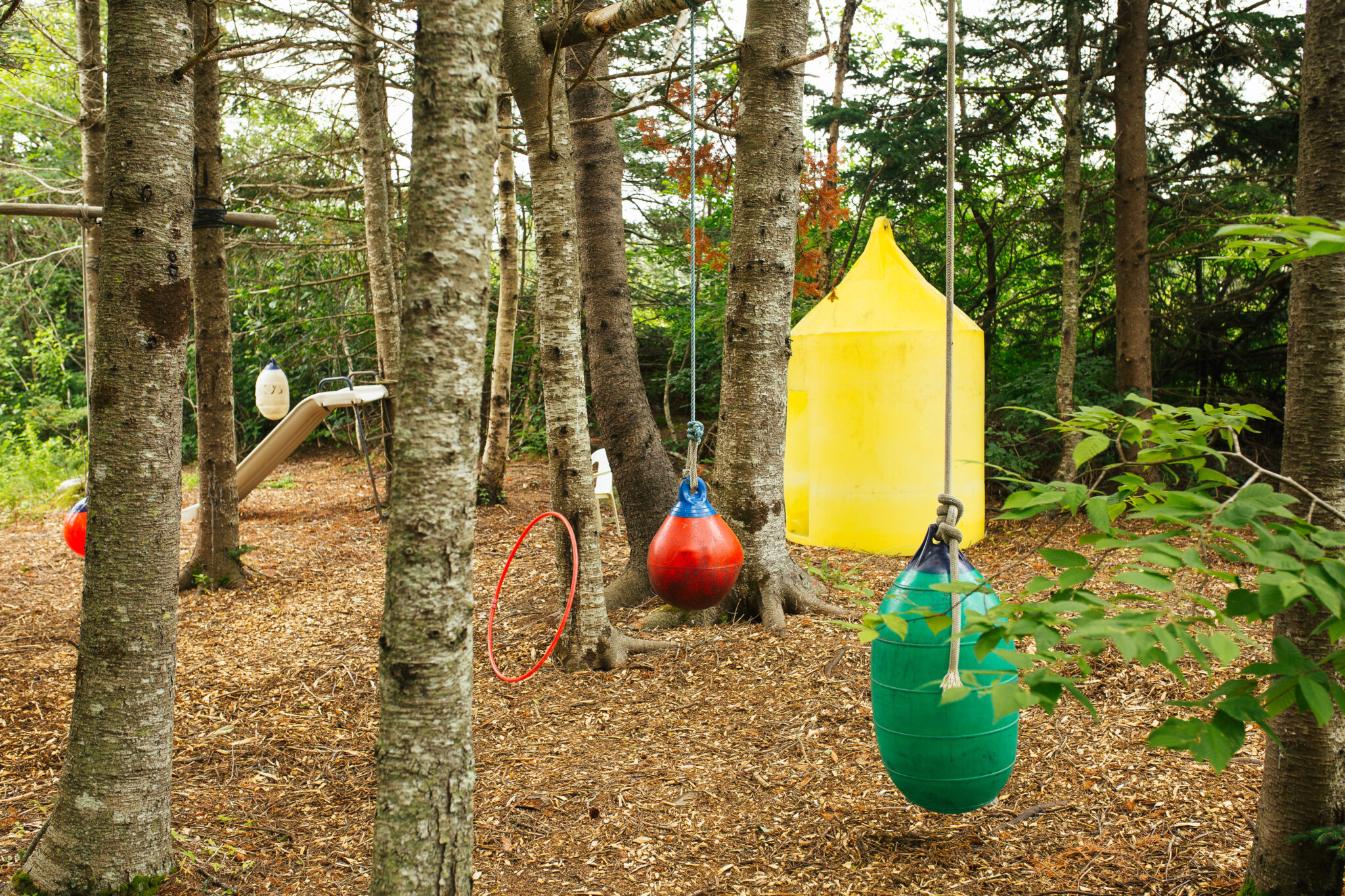 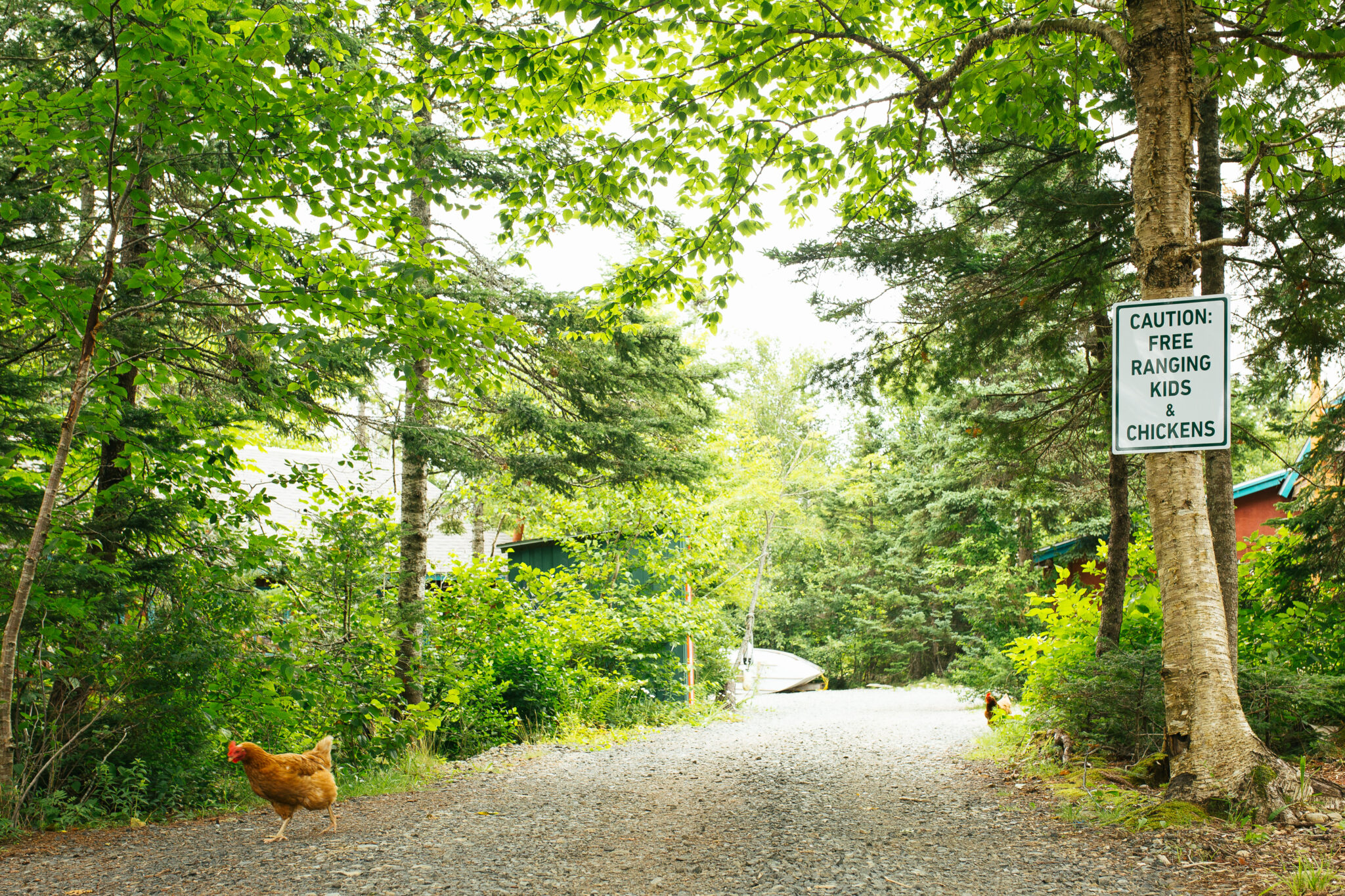 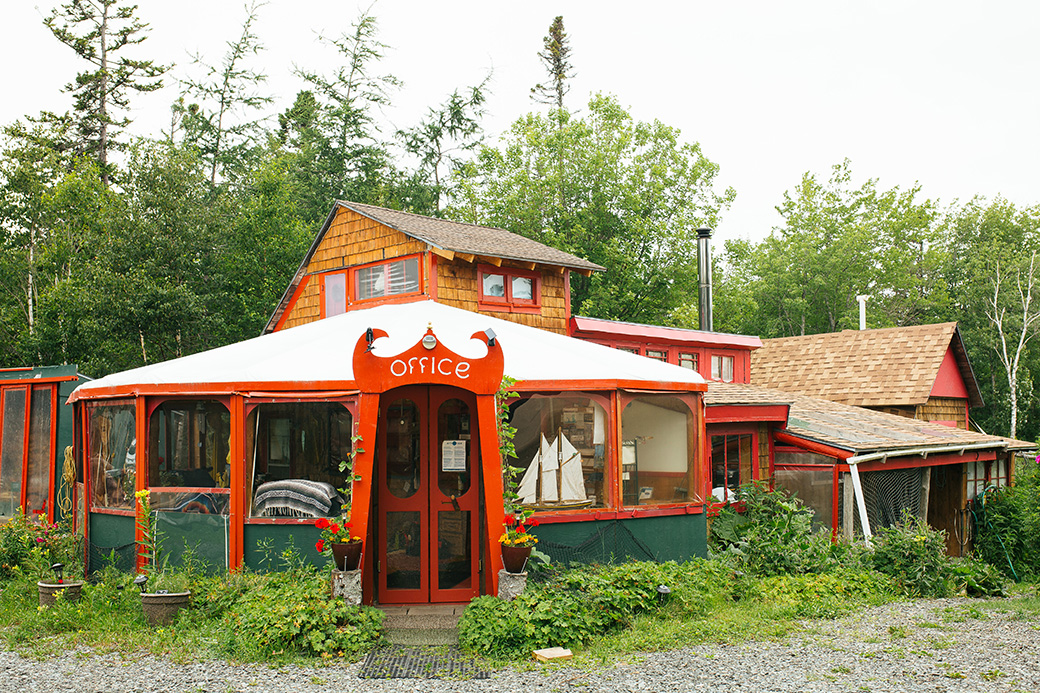 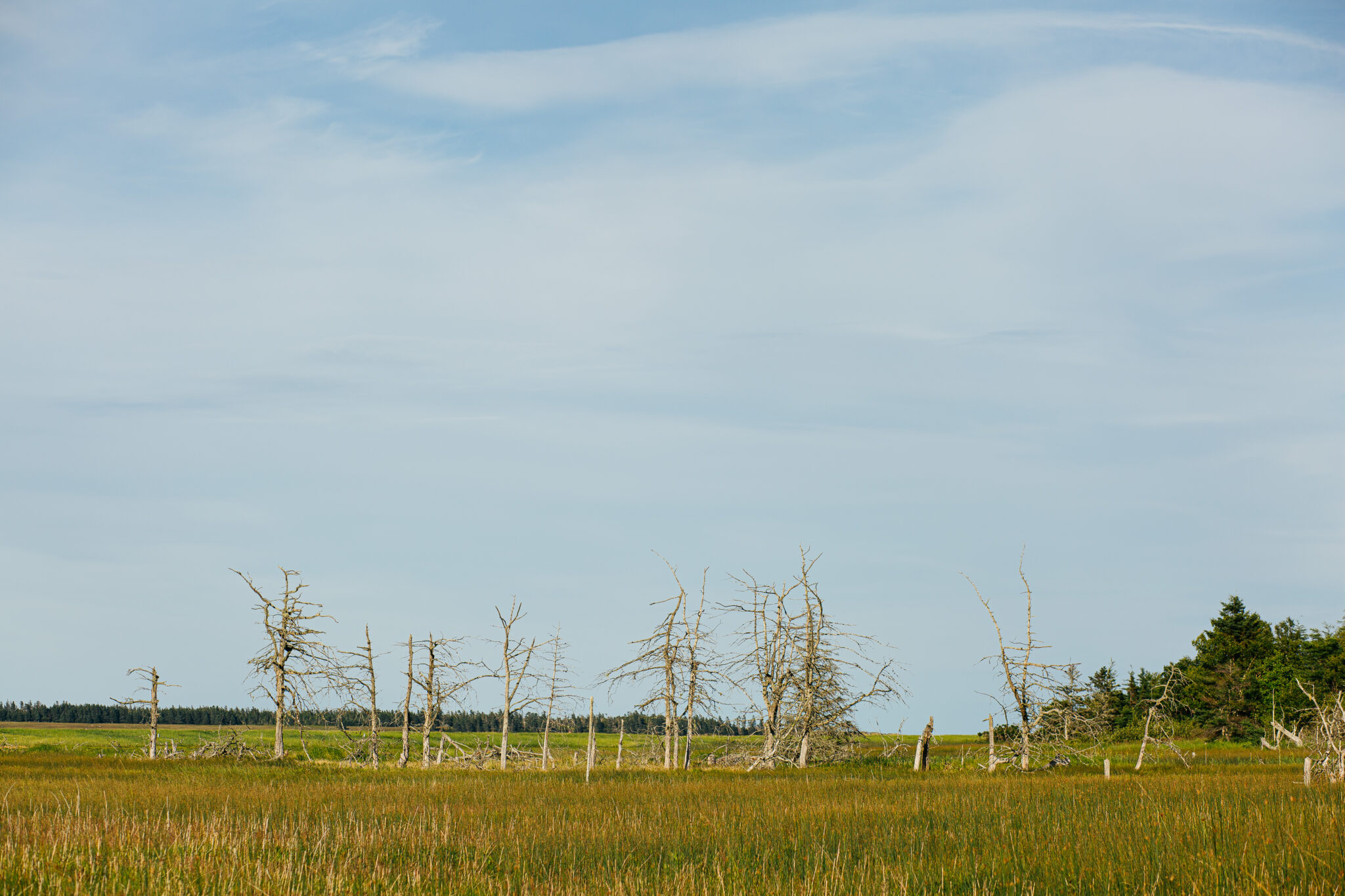 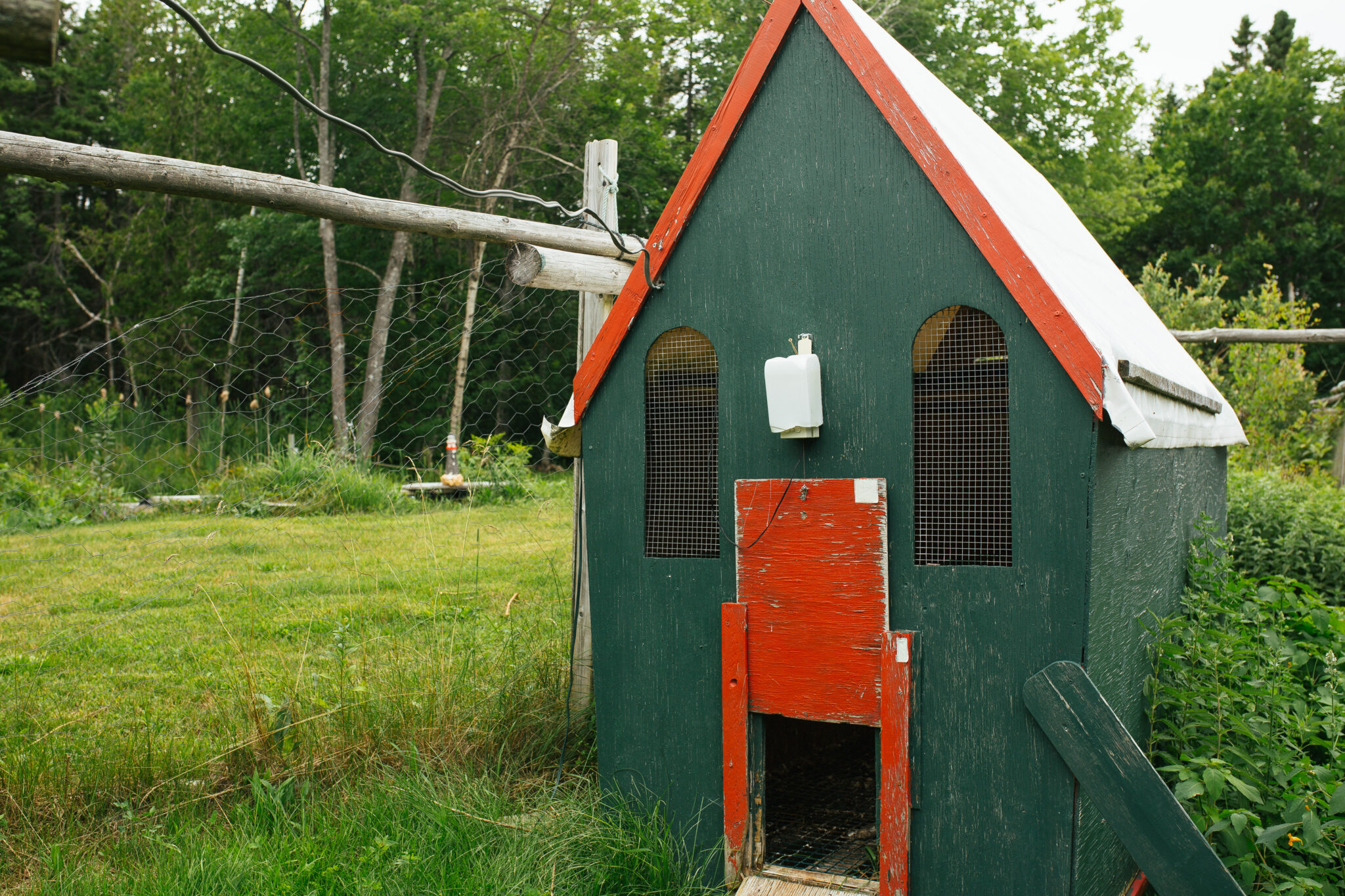 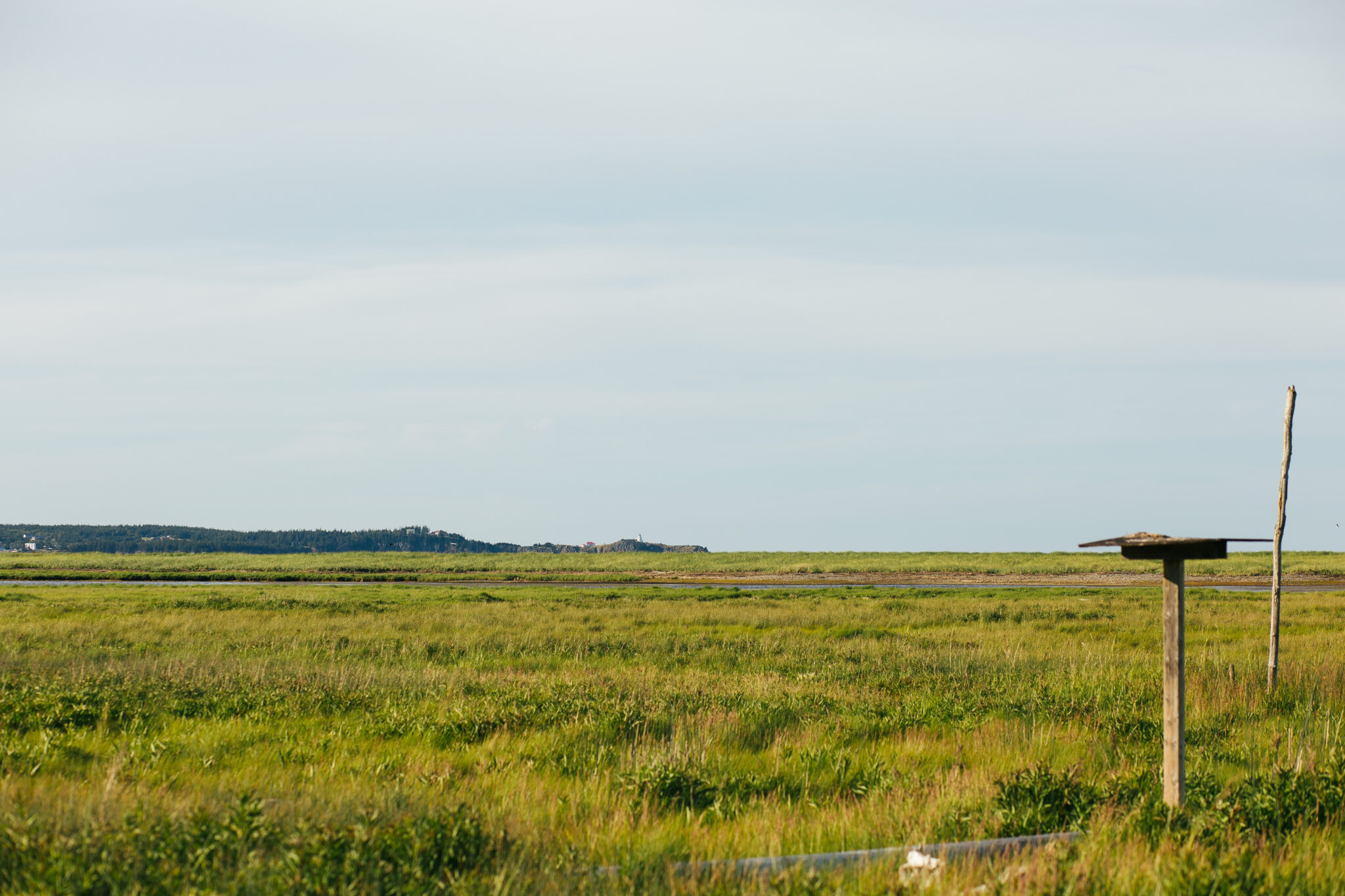 Provide clean, handy, colourful, functional, whimsical, and comfortable efficient little homes in the woods using recycled materials and trees from the land to dictate some of the form of what was built.

Give people who enjoy being close to nature a warm, comfortable, well-designed and efficient place to stay while getting away from the busy intense modern world we live in.

Create a space where artists, photographers, writers, or any creative can come to be inspired and work freely in a natural environment.

Encourage a healthy, diverse environment in which all life can live in harmony. Assist in sustaining land that is tended but un-manicured.

“The cabins are designed so you can be surrounded by nature – you have your own creature comforts with a small footprint with great views of nature all around.”
James Bates
Owner and Creator 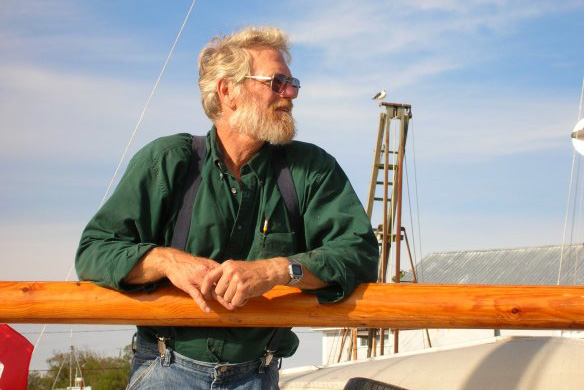 1985-James visits Grand Manan on his schooner, the D’Sonoqua, and falls in love with the area and the diversity of the land and sea around him.

1986-Returns to Grand Manan to begin working as a hired charter for Ocean Search.

1994-Buys 5 acres of land on a salt marsh in the tiny community of Castalia.

1994-Builds a deck platform, a few walls and adds a Korean army tent as a roof; it is the beginning of what is now Captain’s Quarters.

If you'd like to learn more about James' amazing life and how this place came to be, be sure to head over to "Our Story" the page. 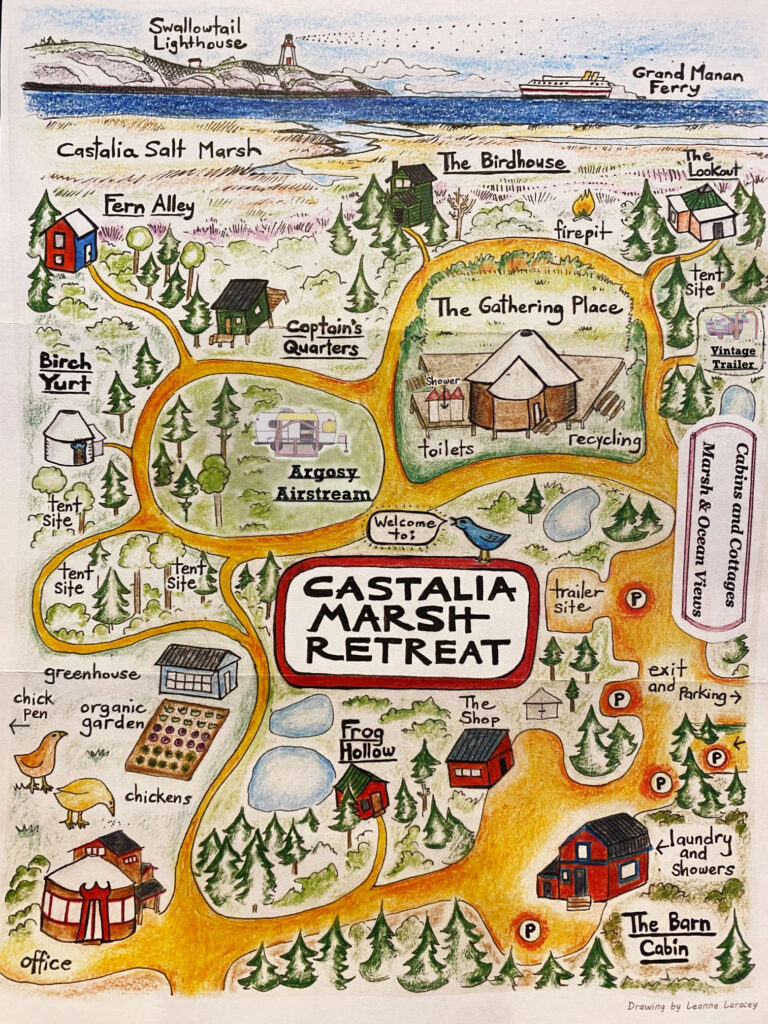 Late 90s-Purchases 2 acres of land next door an inherits what are now the Office buildings and Frog Hollow.

1999-Builds Larch Grove which eventually becomes his winter home (it was tragically lost in a fire in 2017).

2000-Builds Fern Alley, which originally started as a staff cabin.

“AMAZING! Host & grounds & cabins & views all wonderful.”
Greg
Google Review
"I wanted to express my appreciation for the environment that you have created. We felt like we were surrounded by buildings and grounds in which a lot of care had been invested. "
Dennis Capodestria